CPAL is an acronym for the Cyber-Physical Action Language. CPAL is an implementation-oriented language meant to model, simulate, verify and program Cyber-Physical Systems (CPS) which are the types of embedded systems that can be found in cars, planes, robots, UAV, medical devices, home appliance, factory and home automation, power production and distribution, Internet of Things, etc.

Our ability to write software is a key to innovation 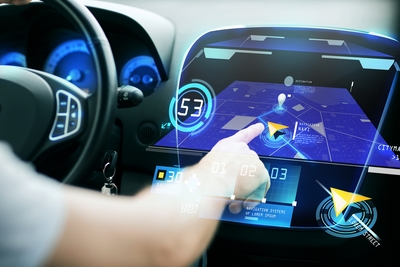 Innovation crucially relies on software today and software is actually disrupting complete industries. If the amount of software is growing exponentially, the productivity gains in software development are much slower. Model-Driven Development is certainly an enabling technology to fill this gap but programming languages still lack the high-level abstractions and automation features ("state the what, not the how") that would make them more productive.

We believe that major productivity and quality improvements are still ahead of us through better programming languages and environments - CPAL is a contribution in that direction for the domain of CPS.

Developing Embedded Systems that can be trusted

CPAL serves to describe both the functional behaviour of the functions, that is their code, as well as the functional architecture of the system (i.e., the set of functions, how they are activated, and the data ﬂow among the functions). CPAL is a formal language in the sense that it has well deﬁned concepts of states and transitions, but CPAL purposely does not provide constructs that are hard to handle, or lead to convoluted code.

CPAL as a Design Exploration Platform

CPAL is meant to model, simulate and validate the functional and timing behaviour of embedded systems, and
enable you to make design choices based on evidence from simulations or formal verification techniques. The CPAL editor shows the functional architecture of a system (top-left), the FSM describing the logic of a process (bottow-left) and the scheduling of the processes as seen during a simulation.

CPAL can be part of a co-simulation environment, for instance it can be coupled with the RTaW-Pegase network simulator and serve as high-level programming language to develop models of communication layers, run-time environments and applications in order to simulate complete embedded systems. It also runs within Matlab/Simulink® to execute control programs.

CPAL as a Real-Time Execution Engine

CPAL programs — also called models because of the high-level abstraction provided by the language — can be executed directly by an interpretation engine without the usual code generation and compilation phases. CPAL programs are developed in simulation mode on a workstation and the exact same code can be run on an embedded board with the same run-time behavior. Once coded and validated, you just have to upload the CPAL program on the target and you are done!

Unlike what is typically done in Model-Based Design where execution is achieved by generating code from a model, and then compiling it, CPAL programs are executed by an interpretation engine. The interpreter can run on bare hardware, that is without the need for an operating system — what we call Bare-Metal Model Interpretation (BMMI). BMMI helps reducing the memory footprint and avoiding errors that can be introduced throughout the design flow (e.g., at code generation or compilation stage, or errors at the OS level). BMMI eases verification too because the model is what is actually executed, and not code generated from the model, which cannot have the exact same semantics as the model and which, in addition, relies on OS services and external libraries. The memory footprint of the CPAL execution engine is in the 10s of kilobyte range depending on the execution platform.

Model interpretation is not something new, several interpretation-based runtime environments, have been certified at the highest criticality levels and deployed at large scale in railway interlocking systems over the last 20 years at SNCF and RATP in France, and in the UK and other countries through the WESTLOCK™ interlocking system from Westingshouse. These technologies have proven to be technically successful in the sense that 100s of millions of people rely on them on a daily basis. Although these technologies are specific to interlocking systems, our belief is that a similar approach, with a programming language providing the right abstractions and the support of modern execution platforms, facilitates and speeds up the development of provably safe and secure CPS.

Simplicity, correctness and productivity in mind

CPAL has been inspired by a number of diverse languages such Eiffel, MISRA C and Erlang, model-based design products as Matlab/Simulink™ and Scade™, simulation environments such as Opnet™, verification frameworks such as Promela/Spin and more generally what is usually referred to as the synchronous programming approach (Giotto, Lustre, Signal).

However, CPAL has been designed with the requirements to remain a small, simple and unambiguous language. CPAL does not provide constructs that are hard to handle, or that lead to indecipherable code. To increase the developer's productivity, CPAL offers PAL offers high-level abstractions that are natural and well understood to model CPS such as for instance native support for

Since the language is simple and the abstractions are natural for the domain of CPS, developing CPAL programs is quick and intuitive. In addition, both the FSMs and the data-flow between processes can be visualized graphically in the CPAL-Editor enabling some verification and providing a convenient way to explain a program, or part of, to all stakeholders of a project.

Sample programs that can be run